Certain places can convey a much stronger essence of their past than others. This week I stayed in a hotel which was - hundreds of years ago - a convent. Of course, with the ghosts of so many nuns about, and this being Sinful Sunday, I had to get naked and put on a show (I hope the nuns will forgive me for making use of the curtains in this way). 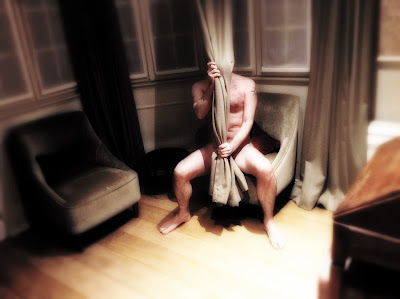 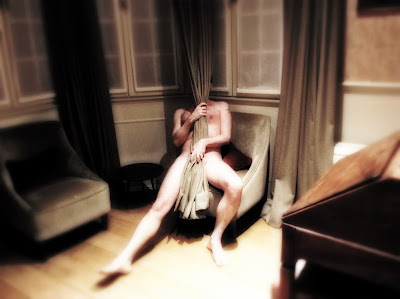 Take a look at who else is being sinful this Sunday:

"Get onto your side and point that butt towards me."

I gently instruct her and watch as the magnificent mounds of her perfectly curvaceous ass are thrust out. She turns her head to give me a coy look, her eyes meeting mine from beside a curtain of silky hair. I can see in them the want for me to take her. My attention turns to the delights found between those soft buttocks, notably the tight puckered hole that is fully exposed for me.

My cock throbs and aches for release, my grunts and groans betraying my need. The feel and sound of me growing ever more aroused evokes sexy sighs and mewls from my toy. She remains perfectly still - an object for my pleasure.

400 Wicked Wednesdays - congratulations Marie! For the prompt of '400' I looked at places that are exactly 400km from where I live, one of which is a French town called Châteaudun. This tale is inspired by that medieval place.

Wisps of mist floated above the Loir river, coiled below the indomitable château. From within an argument could be heard, disturbing the early morning peace.

With an almighty swish of her heavy dress the countess turned her back on the advisor and sought out someone rather more obsequious. She pulled pins out of her long, wavy red hair and flung them onto the stone floor. Her pale cheeks were flushed with anger and her green eyes punctuated with the first signs of stress wrinkles. 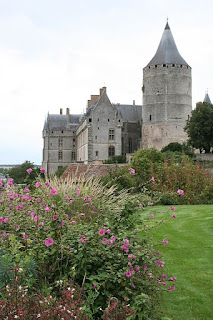 Behind the door of a room high up in the tower was the source of her argument. Nathanaël had been the son of her father's blacksmith. The older men had been killed in the same week during a particularly violent - but ultimately unsuccessful - attack from a neighbouring power. Medieval France was a tumultuous place, but death was no less painful than it is today.

Having taken up his fathers trade and therefore now employed within the chateau, Nathanaël noticed the countesses shared his misery at losing a beloved. Ignoring protocol, he forged her a fine sword and etched "Love endures and makes us stronger" onto the blade. On her next visit to his forge Nathanaël gave her the sword and expressed his sorrow at both their losses.

The accompanying advisor was horrified. The countess was enamoured. Here was a strong, brave and gorgeous man who displayed emotional intelligence. Despite various dull rules preventing aristocracy from mixing with peasants, she had to have him.

She kept him in a room with views across the river and valley beyond. It was draped in rich fabrics and thick rugs. Thick iron rings were attached to the walls - her grandfather used to enjoy torturing prisoners here. Nathanaël was currently chained naked to one of these rings.

"Oh how I need your delicious body right now," the countess said.

Nathanaël was gagged and so couldn't reply. He couldn't be happier. That first day when they'd met, the countess had ordered him to her room, triggering a submissive side to him he'd never before known to be there. To give himself to someone he loved and trusted felt incredible, to know that his body could bring her so much joy was truly wondrous.

"Has Anne-Marie bathed you?"

He could only nod in response. The countess saw his response, even though he was facing the wall. She paused to compose herself, then began taking out her frustrations on his firm buttocks. When her hands grew tired from spanking him she reached for a riding crop, adding red stripes to red handprints across his supplicant flesh. He always wanted more.

Now she attached a chain around his neck and released him from his other bonds. As if he were a dangerous animal, the heavy chain kept him under control as he was led on hands and knees to the bed. The countess reached under her voluminous skirts and pulled off various underwear. She reclined, showed her beast his meal then lay back as he feasted.

Many hours had been spent training him, either on herself or on one of her maid servants. It had been worth it. His tongue switched between dancing between her labia and delving into her. Amazing, but she wanted more.

The countess pulled on Nathanaël's chains and hauled him onto the bed. She was immensely pleased to see him in a state of arousal and immediately sat upon him. Her skirts covered up their coupling. Feeling, but not seeing him seemed to enhance his rigidity and perfect size. Her delicious, naked, enslaved toy.

Encouraging Nathanaël to reach in and cup her writhing buttocks, the countess rode on, stimulated by every inch of his hardness. He had been trained so well that her zenith fast approached. She dismounted, turned and backed onto his face. Beneath the heavy clothes her slave busied his tongue once more, tasting and teasing her.

Sitting upon her most favourite throne, the countess abandoned herself to the wet, soft lapping. She occasionally reached for Nathanaël's cock, savouring the weight and rigidity, wondering what other bondage equipment she could use on him. The screams that once filled this room were now replaced by the moans, grunts and sighs of ecstasy.

See what other creators have crafted on the prompt of '400': 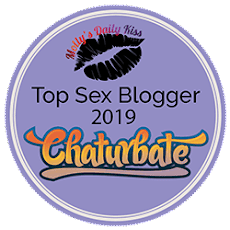 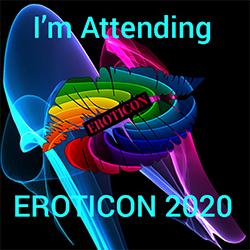 Books in which I feature: 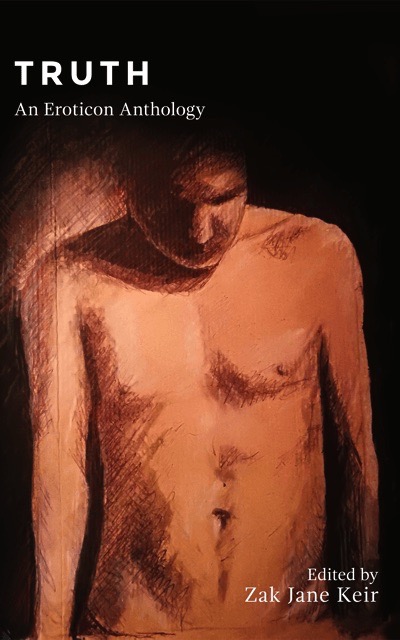 CLICK ON THE IMAGE TO BUY. Anthology featuring excellent erotica authors all writing on the subject of 'truth'. 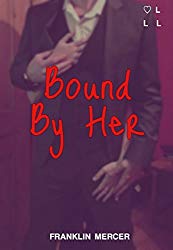 Penny and Jack. A multi-millionaire and her man with whom she has a unique contract. Their relationship reads like the seven sins; full of wrath, gluttony, pride, envy, sloth, greed and, most of all, lust. But will it ever contain love? 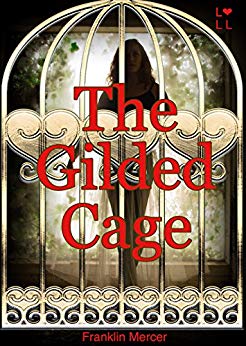 A dancer, a painter and a musician. Each strong, beautiful and skilled artists who succumb to a mysterious, lustful and secretive organisation which values their bodies as much as their talents.